Burmese is the official language of Myanmar. Some of the other languages spoken in Myanmar are, Sino-Tibetan, Austro-Asiatic, Tai-Kadai, Indo-European, Austronesian, and Hmong-Mien, as well as an incipient national standard for Burmese Sign Language. Burmese is the native language of the Bamar people and related sub-ethnic groups of the Bamar, and also of some of the ethnic minorities in Myanmar like the Mon.

Burmese is spoken by 36 million people as the first language. Burmese is also spoken by another 10 million people, particularly the ethnic minority in neighbouring countries. Burmese is a Sino-Tibetan language belonging to the Southern Burmish branch of the Tibeto-Burman Languages and it is the 4th of the Sino-Tibetan languages to develop a writing system, after Chinese, Tibetan, and Tangut.

Burmese was the native language of Bamar and various sub-ethnic groups including the minorities like Mon.

There are 32 million Burmese speakers and 10 million others, who use it as their second language.

Burmese would appear to be a strange language to most people, especially those who speak one of the Indo-European or Euro-Asiatic languages. It is because Burmese has a quaint pitch register, tonal and syllable-timed form as a language. The language is uniquely monosyllabic. Most words in the dictionary of the Burmese language are either of just one syllable or have an analytical implication.

There is also a very precise order to wording and sentence construction. The grammatical norm of the subject followed by the object and then the verb is very stringent and it is not readily found in most languages spoken around the world.

There is also a very precise order to wording and sentence construction. The grammatical norm of the subject followed by the object and then the verb is very stringent and it is not readily found in most languages spoken around the world.

The use of Burmese language in naming people is also quaint. There are no last names, which does away with any familial relevance in a name. Often, names would be rhymed and use two words, such as “MoMo” or “Ming Ming”. At times, general words in the Burmese language would also be used as names such as little boy or Lugal Nghe, U Nghe or big boy.

Some Interesting Facts About Myanmar

Burma is home to about 135 ethnic groups, including a multitude of hill tribes each with its own culture. The Burmese government groups them into “eight major national ethnic races” – Kachin, Kayah, Kayin, Chin, Mon, Bamar, Rakhine, Shan. Perhaps, most recognizably, the Intha people live on and around Inle Lake and have adapted their famous one-legged rowing technique in order to row standing up to see over the water-reeds.

The extraordinary Shwedagon Pagoda towers over Yangon’s skyline at 110 metres high. Built 2,500 years ago to enshrine Buddha’s hair and other holy relics, the complex now consists of hundreds of temples, stupas and statues. The main pagoda is covered with hundreds of gold leaves and the top of the stupa is encrusted with 4531 diamonds; the largest of which is a 72-carat diamond!

Burma’s landscape is rich and varied. It is a country of mountains: the Himalayas, the Hengduan Mountains, the Rakhine Yoma, the Bago Yoma, the Shan Hills and the Tenasserim Hills. Between the densely forested mountain ranges, the country’s winding rivers – the Irrawaddy, the Salween and the Sittaung – flow through fertile valleys. Myanmar also has glorious beaches, having 1,930 km of contiguous coastline along the Bay of Bengal and the Andaman Sea.

Most of the country practises Buddhism and it is considered the national religion, with a monastic population of 500,000. The small percentage of non-Buddhists includes Christians, Muslims and Hindus, who face religious discrimination and obstruction. A recent global study by the Charities Aid Foundation ranked Myanmar Number 1 on the World Giving Index, perhaps unsurprisingly, given that the practice of charitable giving or dana is integral to religious observance amongst Theravada Buddhists, with it being one of the key paths to earning good merit.

Myanmar boasts a wide range of fish and mammals but is probably best known for its elephants, manatees, wild buffalo, tigers and leopards. Over 800 species of birds make it an ornithologist’s paradise.

Myanmar’s economy, based on the kyat (the national currency), is one of the least developed sectors in the region and is basically agricultural. Much of its population is engaged directly in agricultural pursuits. Of those who are employed in other sectors of the economy, many are indirectly involved in agriculture through such activities as transporting, processing, marketing, and exporting agricultural goods.

Although, a range of indigenous cultures exists in Myanmar – the Kachin and Chin, several Hill tribes, Inle Lake Intha people – the majority culture is Buddhist and Bamar. In traditional villages, the monastery is the centre of cultural life. However, elements of western culture were assimilated under British colonial rule with the education system being modelled along similar lines and colonial architecture still in evidence in major cities.

Why choose Langma School of Languages for learning the Burmese Language

Langma School of Languages has made the transition to a centre of excellence in the Burmese language.

Our international team provides exceptional training in the Burmese language; the wide range of programmes are provided by both native speakers and experts of different origins, all our faculty are extremely proficient and experienced, thereby offering the highest standard of training.

Langma School of Languages’ objective is to provide exceptional teaching to students of all ages and levels, from school standards to professional, academics, the background or discipline they are engaged in, does not matter. We aim to exceed the expectations of our students by providing outcomes derived from the excellence of our training and expert guidance.

If you are looking for knowledge-based interactive programmes leading to success in the field of the Burmese language, Langma School of Languages has everything you need under one roof.

The main aims and objectives of Langma School of Languages, to provide unfettered access to the study of Burmese language for all sections of society.

We at Langma School of Languages firmly believe in the concept of the global village. With the advent of a multi-faceted digital world, this concept is more significant now than ever and proficiency in a foreign language has become the link language connecting various cultures together.

Our teaching methodology lays emphasis on Speaking, Writing, Listening, and Reading skills. We have evolved an interactive method that focuses on effective communication skills. Through our immersive and effective methodology, we enable learners to have quick grasp of the Burmese language. They are able to frame sentences quickly, thereby facilitating communication. Our interactive approach kindles an interest in verbal and social contact with others. The module relies heavily on audio-visual tools. This makes for easier learning and greater facility in Burmese Language. A vast collection of Audio and Video CDs give the students a chance to see how the language is spoken by native speakers and introduces them to its unique culture and language syntax.

BECOME A MASTER IN THE BURMESE LANGUAGE WITHOUT LEAVING HOME.

Langma School of languages offers classroom and online Burmese language training to students according to their availability and we are the only language centre which offers classes round the clock. Our programmes are designed to cater for the specific needs of individuals. Now our classes are offered round the clock and the students can avail these classes just after submitting their application and course fee. They can learn at their convenience. Our classes have proven to be beneficial for those who are excessively occupied in their work during working hours and can only devote a few hours to the course.

LANGMA FACULTIES FOR THE BURMESELANGUAGE

The faculty leads and guides others to develop new skills or knowledge that will enhance their work. They design, develop and deliver training programmes which cater to the needs of our students. Our teachers would help students to understand how to communicate information to individuals or groups, how to deliver presentation suited to the characteristics and needs of the audience. Students are taught the importance of clear and concise written information or writing to individuals or groups to ensure that they understand the information and message. Our teachers are highly qualified and possess years of expertise in the field of teaching, they listen carefully to students and address the problems appropriately. Our teachers possess a designated level of professional skills and knowledge in specific areas and are abreast with developments and trends in the area of expertise.

Beginning with a very small setup, Langma School of Languages has grown by leaps and bounds. It has been instrumental in providing Burmese Language instruction to millions. It has successfully conducted seminars and placed its students in the field of BPO, Event Management, FMCG, Aviation, and PR. Our team focuses on customised training. The organisation is well-equipped with classrooms, an auditorium, and an elaborate computer networking along with all the necessary amenities. Teachers are well qualified, experienced in the field of language training, experts in areas like grammar, accent training, group discussion, and etc. Langma School of Languages and its faculty is competent enough to take up any assignments from the target groups. 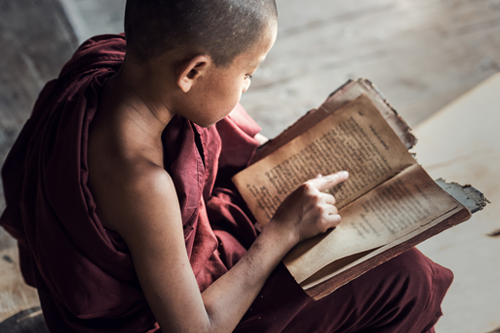 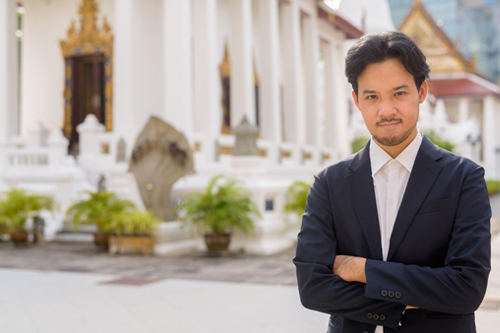 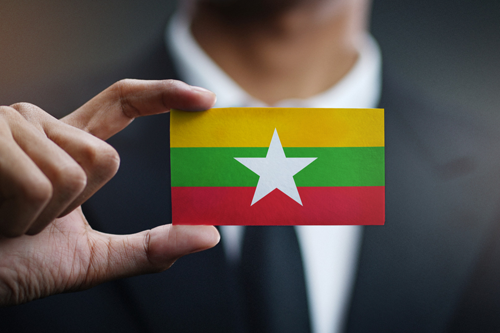