Danish, Swedish, Norwegian, & Icelandic are the part of North Germanic Languages which are majorly spoken in Denmark, Sweden, Norway, & Iceland. Notwithstanding Finland’s political, cultural, and geographical association with Scandinavia, the language is entirely different and part of Uralic Languages which makes the language more closely linked to Hungarian and Estonian than the neighbouring countries like Sweden (North Germanic Language). The importance of learning these Nordic languages cannot be overlooked, since these languages offer a unique perspective to learn the cultural heritage, job opportunities, and the expansion of a business.

SOME FASCINATING NORDIC LANGUAGES FACTS If you wish to learn Nordic Languages then it is important to know the history and origins of the language you are learning. Langma School of Languages offers an insight into the fascinating Nordic Languages facts:

The mountain range is called “Scandes” which divides the Scandinavian Peninsula.

These countries are the pioneer to bring the ideology of democracy and capitalism in the European Society.

In Global Index of the world’s best recyclers, Sweden holds the first position, and Stockholm has the world’s second-largest hydrothermal cooling system.

Norway has the world’s deepest tunnel at 287 metres deep.

Danish flag is the oldest flag in the world which was adopted in AD 1219 and still in use by an independent.

English and Scandinavian languages have the same root “Germanic Languages” which is classified into three – North, West, and East Germanic. English, Dutch, and German are part of “West Germanic Language”, whilst the Scandinavian languages (Dutch, Swedish, Norwegian, & Icelandic) are the part of North Germanic. However, “Finnish” is associated with the “Uralic Language” despite being in the Scandinavia. Some may claim that the English language and the Nordic languages are the part of the same family; since may, Norwegian words closely resemble English and the sentence structure. The more relevant answer would be the core root of both languages.

Similarities in Swedish and English

There are more than 1550 words which are common in both the languages; for example, “accent”, “digital”, and “salt”. Swedish, who are learning English, must be aware of the term “false friends” which means that the words are spelt the same in both languages; however, the meaning is completely different. For instance, Swedish world like “bra”, which means “good”, “glass”, and “ice-cream” whilst in English it sounds quite opposite in fact!

Like most of the European languages, Swedish also uses Latin alphabet, with the addition of three vowels with diacritics (a mark such as an accent, placed over, under or through a letter in some languages, to show that the letter should be pronounced in a different way from the same letter without a mark). These are å, ä, and ö.

There are similarities between Swedish and English sentence structures since both languages follow “Subject –Verb –Object”. One can understand the gist of conversation despite having a bad English of Swedes.

Norwegian and English follow the same grammar rules, in English, we use an apostrophe (Man’s bike) to indicate possession and in Norwegian, we need to add “s” (manns sykkel).

ne may find several words in English of Norwegian origin like, “ski”, “beserk”, and “fjord”.

There are similarities between Norwegian and English sentence structures since both languages follow “Subject –Verb –Object”; moreover, the complex sentences follow the same structural similarities.

Similarities in Danish and English

Danish share the phonetics similarities; for example, “Øje” is an eye with the “j” in Danish being pronounced the same as “y” in English. “Kold” is “Cold” and “Snegl” is “Snail” with similar pronunciation.

The Danish language shares a similar alphabet as Norwegian, 29-letter with the variant of the Latin alphabet. Diacritics consist of “æ”, “ø”, and “å”.

Scandinavian countries (Norway, Sweden, Denmark, Iceland, and Finland) are breathtakingly beautiful. These countries offer the quality of life and social welfare and worth exploring. One of the most interesting things “Northern Lights” bring thousands of people from all parts of the world. These countries are the example and pioneers of urban development, sustainable living with an extremely high standard of lifestyle whilst maintaining their old-charm and landscapes and life in these countries are unique and always offer something to learn.

When it comes to the quality of life and social welfare these Nordic countries surpass the most developed countries and these countries have not tarnished their environment in the name of development.

Why choose Langma School of Languages for learning Nordic languages

Langma School of Languages follows an international standard “Common European Framework of Reference (CEFR)” whilst teaching foreign languages ranging from A1 (Beginners) to C2 (Proficient). Langma School of Languages is fully equipped such as Computer Lab, Library, and Wi-Fi facility. Langma School of Languages uses its own tested methodology: the Audio/Video – cum – Interactive Method (ACIM), giving a proven quick and easy grasp of the languages. ACIM offers fast result in comprehension and speaking by introducing words and phrases in a structured way to develop sentence framing in an understandable manner, our methodology is suitable for learners of all age group and easily adapted to specific needs.

The growth of Developing countries remains one of the most anticipated economic and its fulfilment relies on multilingual. A broader foundation of language training enables students to become part of the developed world, their lives become enriched and their future set firmly on the path to success. Langma School of Languages courses of Nordic languages offers an insight into history, literature, culture, and arts. Langma School of Language is the best training centre for both classroom and online where one can choose individual or group sessions according to their requirements. Our dedicated team of teachers are highly experienced and qualified, some with more than 14 years of teaching experience whilst others hold PhD or other relevant qualification from internationally recognised institutions. They bring their experience to classes: implement a practical approach into their lessons.

Langma School of Languages is active in promoting the growth and development of Nordic languages learning skills through our classroom and online platform across the world. We take very seriously the importance of providing specific Nordic languages skill to suit our student’s and client’s needs along with being aware of the reputation of both our self’s and our clients and students by ensuring the highest standards of training. Langma School of Languages’ forward-thinking approach takes into consideration new developments in teaching practice; we have adopted a pro-active role in lobbying Government bodies, institutions, and several diplomatic centres to take seriously the importance of being multilingual.

Langma School of Languages is lead by a team of accomplished teachers and authors with a broad experience in education and interpersonal skills, our inspirational and motivational teaching methods have won the hearts of thousands of students during their illustrious career. Our programme of training is designed specifically for the students and clients and expected outcomes are always reached and exceeded. Students and participants not only gain the required skills they enjoy learning and in many cases have gone on to achieve tops jobs and reach their goals with work-wise and personally.

All of our Nordic Languages teachers at Langma School of Languages are Native-Speakers and highly qualified, each with specialist and cross over training credentials have between them years of experience and abilities in all areas of training. Langma School of Languages not only ensures that you receive quality teaching but also acquire authentic Nordic Languages dialect and terminology. One can gain theoretical knowledge from the book; however, to gain practical and spoken experience can only be attained in the classroom to be prepared for future endeavour. Our teachers at Langma School of Languages encourage extracurricular practice and it is envisaged that spoken skills are taken beyond the formal teaching environment and into the students’ daily lives. Teachers provide written exercises and presentation, role play, group discussion, and extempore to keep students engaged and consistently using the words and phrases they learnt.

Flexibility: - The programme can be tailored according to the student as their time and budget allow, completing their studies while honouring their work and financial commitments.

Expertise: - Our teachers are highly qualified and possess years of expertise in the field of teaching Baltic languages; moreover, individual support is offered to every student throughout the programme.

Programme Design: - Langma School of Languages has created its programme specifically designed to reflect the need of our students. We constantly monitor our programme and add study materials.

Focus on Accuracy: – Learning is carefully scaffolded to ensure that students build a large bank of vocabulary and use appropriate grammatical structures with a high degree of accuracy

Exam Strategies: – Our students learn and practice effectively in every lesson, every day!

After successful completion of the course, students are rewarded with a certificate.

At Langma School of Languages, we carry out tests to ensure that students are progressing and we conduct assessments and evaluations to see if the students are meeting the goals. Our dedicated teachers work hard to make sure that you are being challenged and are improving your own weak areas. We make our lessons fun, interesting, and useful. We give all students the chance to suggest lesson topic, classroom activities, and areas of Baltic Languages study, meaning that there is always something to gain from our classes. The course is designed for those who can understand a wide range of demanding, longer texts, and recognise the implicit meaning and express himself/herself fluently and spontaneously without much obvious searching for expressions. One can produce clear, well-structured, detailed text on complex subjects, showing controlled use of organisational patterns, connectors & cohesive devices, and can understand ease virtually everything heard or read and summarise information from different spoken and written sources, reconstructing arguments and accounts in a coherent presentation.

The programme would offer the ability to research, analyse, and employ knowledge of Baltic Languages from a disciplinary and multidisciplinary perspective

The programme would enable students to communicate in Baltic Languages effectively across written, oral, digital, and visual forms

The programme would offer critical thinking and research skills to facilitate students to identify high-quality information and critically analysed it as a reader, researcher, and writer, with major attention on well-reasoned argumentation.

Langma School of Languages promotes intercultural competence to help students to build the ability to engage with a range of diverse perspectives from which knowledge, beliefs, and values are developed and maintained from regional to the global perspective

After successful completion, the programme students are rewarded with a certificate 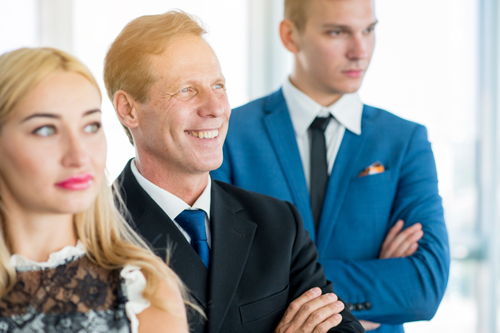 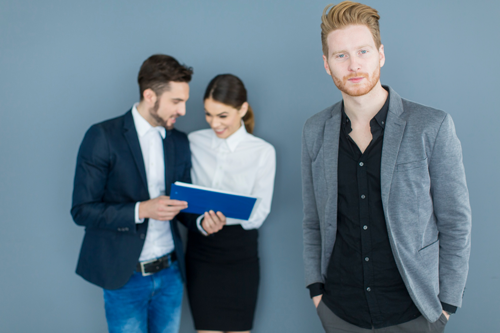