Hebrew (“Ivrit, עִבְרִית ), or “Ivrit, is a member of the Semitic branch of the Afro-Asiatic language family. It is the language of the Hebrew Bible and of the Old Testament of the Christians. The core of the Hebrew Bible, the Torah, traditionally believed to have been first recorded in the time of Moses 3,300 years ago, is written in Classical Hebrew.

Hebrew language, Semitic language of the Northern Central (also called North-western) group; it is closely related to Phoenician and Moabite, with which it is often placed by scholars in a Canaanite subgroup. Spoken in ancient times in Palestine, Hebrew was supplanted by the western dialect of Aramaic beginning about the 3rd century BC; the language continued to be used as a liturgical and literary language, however. It was revived as a spoken language in the 19th and 20th centuries and is the official language of Israel.

Hebrew was originally spoken by the Israelites. The oldest records of written Hebrew date between 1200BC and 587BC, including the Bible.

Hebrew is mainly spoken in Israel with 90% of Israeli Jews and 60% of Israeli Arabs being proficient, and the United States has the second largest Hebrew-speaking population.

The vast majority of the Hebrew Bible (Tanach) is written in Hebrew. (Some of the last books of the Bible, Daniel and Ezra, contain significant chunks of Aramaic, the lingua franca of the Jewish people during their Babylonian exile.)

Hebrew is a language that was thought to be two thousand years old. It was a language that was set aside because of settlers bringing in languages of their own. It has only been recently revived and is seeing a bright future with almost 9 million people willing to share the language and teach. While the language was thought to be dead, the many Hebrew writings helped revive it back to its glory.

As Semitic languages, it is not a secret that the Hebrew language is close to the Arabic language. Despite not having the same script, both languages have some similar words and parallel grammar systems. Here are some words that are almost the same – in Hebrew; you will find the word “shalom”, while in Arabic, there is “salam”. These two words have the same meaning which is hello and peace.

The word “bible” comes from the Greek language, but many of the Hebrew words contained in the holy book can be found in today’s English dictionary. These include mammon (money), Hallelujah (praise God), amen, abracadabra and Satan.

Some Interesting Facts About Israel

Israel is the home to the lowest point on Earth. The Dead Sea is located 1315 feet below sea level. However, thanks to the water density and salt levels, there’s not a chance of sinking any further. So grab a bathing suit and sunscreen, lather yourself with the abundant mineral-packed mud, and just float away.

Israel has the largest amount of start-ups per capita (hence its nickname The Start Up Nation). It is third in the world for venture capital availability.

Tel Aviv is a UNESCO heritage site in recognition of the 4,000 Bauhaus buildings that were  built in the city in the 1930s and 1940s.

The capital of the Jewish state is Jerusalem. Jerusalem is a holy city for three religions: Judaism, Christianity, and Islam.

Israel's unique society and culture, strong economy, government support, and “global-first” market approach are just a few of the factors that make Israel's innovation ecosystem one of the most successful in the world.

24% of Israel’s workforce holds university degrees – ranking third in the industrialised world, after the United States and the Netherlands – and 12% hold advanced degrees.

Israel has been at the forefront of some of the major technological advances in recent years, including: some of the development for the very first cell phone was believed to have been done in Israel by Motorola (which has its largest development centre in Israel), most of the Windows NT operating system was developed by Microsoft-Israel, the Pentium MMX Chip technology was designed in Israel at Intel, and voice mail technology was also developed in Israel.

Israel is the birthplace of the Jewish culture and its culture encompasses the foundations of many Jewish cultural characteristics, including philosophy, literature, poetry, art, mythology, folklore, mysticism, and festivals; as well as Judaism, which was also fundamental to the creation of Christianity and Islam.

Why choose Langma School of Languages for learning Hebrew

The growth of Developing countries remains one of the most anticipated economic and its fulfilment relies on multilingual. A broader foundation of language training enable students enables students to become part of the developed world, their lives become enriched and their future set firmly on the path to success. Langma School of Languages courses of Hebrew Language offer an insight into history, literature, culture, and arts. Langma School of Language is the best training centre for both classroom and online where one can choose individual or group sessions according to their requirements. Our dedicated team of teachers are highly experienced and qualified, some with more than 14 years of teaching experience whilst others hold PhD or other relevant qualification from internationally recognised institutions. They bring their experience to classes: implement a practical approach into their lessons.

Langma School of Languages is active in promoting the growth and development of Hebrew language learning skills through our classroom and online platform across the world. We take very seriously the importance of providing specific Hebrew language skills to suit our student’s and client’s needs along with being aware of the reputation of both our self’s and our clients and students by ensuring the highest standards of training. Langma School of Languages’ forward thinking approach takes into consideration new developments in teaching practice; we have adopted a pro-active role in lobbying Government bodies, institutions, and several diplomatic centres to take seriously the importance of being multilingual.

Langma School of Languages offers a best platform to prepare for the international exams like YAEL (Hebrew Proficiency Test). Classes at Langma School of Languages, are offered under the supervision of native speakers, who have years of expertise in preparing students for these exams. A basic structure is created by imparting an overall knowledge of the topic followed by practical exercises and interactive practice sessions.

Langma School of Languages offers a best platform to prepare for the international exams like YAEL (Hebrew Proficiency Test). Classes at Langma School of Languages, are offered under the supervision of native speakers, who have years of expertise in preparing students for these exams. A basic structure is created by imparting an overall knowledge of the topic followed by practical exercises and interactive practice sessions.

All of our Hebrew Language teachers at Langma School of Languages are Native-Speakers and highly qualified, each with specialist and cross over training credentials have between them years of experience and abilities in all areas of training. Langma School of Languages not only ensures that you receive quality teaching, but also acquire authentic Hebrew Language dialect and terminology. One can gain theoretical knowledge from book; however, to gain practical and spoken experience can only be attained in the classroom to be prepared for future endeavour. Our teachers at Langma School of Languages encourage extracurricular practice and it is envisaged that spoken skills are taken beyond the formal teaching environment and into the students’ daily lives. Teachers provide written exercises and presentation, role play, group discussion, and extempore to keep students engaged and consistently using the words and phrases they learnt. 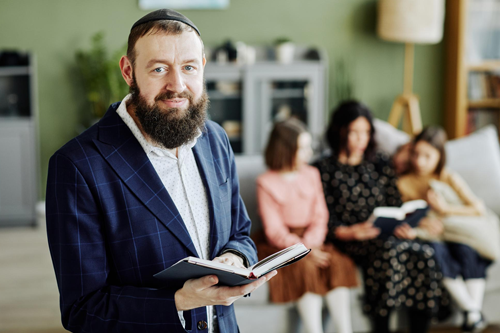