6 REASONS YOU SHOULD LEARN JAPANESE

6 REASONS YOU SHOULD LEARN JAPANESE 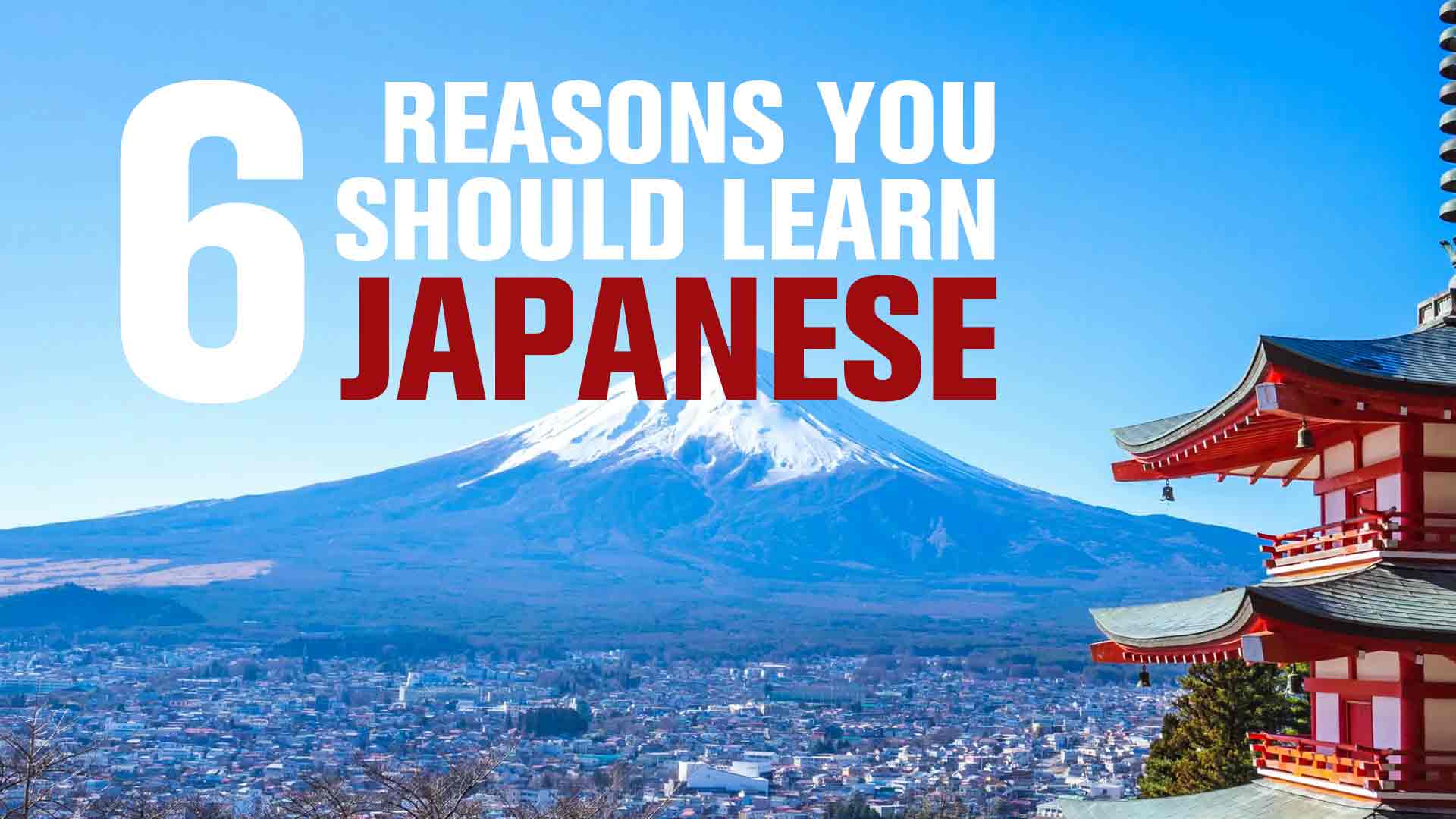 Acquiring a new language is an advantage in the current era of rapid and fast modes of communication flow. Social media and other communication tools are bridging the distances and therefore, the need for learning a new language can’t be ruled out. The Japanese language is the third largest language on the internet right behind English and Spanish. If you are considering a foreign language course for your children or yourself, studying Japanese is worth going for. There are many great reasons to learn the Japanese language; here are just six ways you can benefit from learning Japanese.

If you are considering pursuing higher education in Japan and taking benefits of various scholarships and exchange programs, then mark the Japanese language proficiency on your checklist. It’s no secret that applicants are judged on several criteria, including language proficiency. Make that first impression by making your application stand out; join Japanese language classes today.

The internet has changed the way organizations set up their business ventures. Almost all the leading MNCs in the world have their branches or franchises overseas. If your dream job involves working at a big company like Apple, Samsung, LG or Coca-Cola, learning a second language like Japanese can create more job opportunities. As someone who is fluent in both English and Japanese, you’ll have more career choices than someone who only speaks English.

Studying a foreign language helps you to get a better understanding of the country’s culture. Japanese culture is quite unique in the world just like its language.  Why not study Japanese and know more about fashion, culture, martial arts, and history of Japan? For the best learning experience, visit the Japanese department of Langma School of Languages.

Travel is an inseparable part of our life. Knowing the language of your next planned vacation destination is always an add-on. Japan is a famous tourist hotspot. It is a treasure-trove of natural wonders for those who like to explore the great outdoors. Enrol for the basic Japanese language course at Langma School of Languages and explore Japan like a pro.

According to the survey by the Japan Bank for International Cooperation (JBIC), India has been ranked as one of the most attractive investment destinations for Japan. Be it Delhi-Mumbai Industrial Corridor (DMIC) or the recent bullet train project, Japan is overwhelmingly investing in India.  Japan is now India’s third-largest source of Foreign Direct Investment (FDI).  These investment agreements between the two Asian nations are creating huge business opportunities.  Japanese language skills can make you the next stakeholder, interpreter or translator in the field of trade and investment.