WHY LEARNING DUTCH IS EASY

WHY LEARNING DUTCH IS EASY 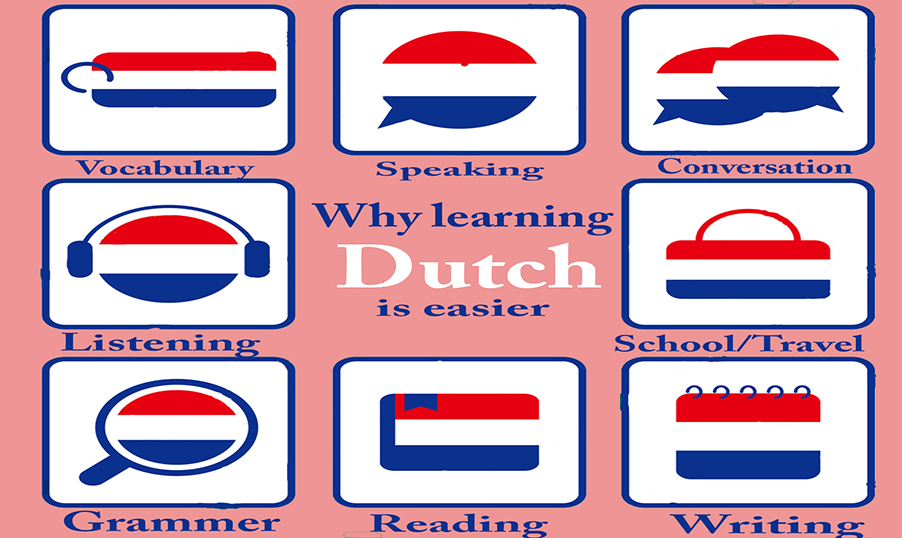 One should know that learning “Dutch” is comparatively easier than other foreign languages for English speakers. Here are few reasons why “Dutch” is considered an easy language to learn:

One may already know “Dutch” words

You may not realize that you can speak and understand few “Dutch” words already. Today you can find more than 1600 words “Dutch” words in English dictionary. It is not just English which has borrowed words from “Dutch”, you can hear some words in German, French, Spanish too.

Social integration would be easier if you could speak “Dutch” in Belgium, The Netherlands

Today, neither Dutch is the largest language nor the most important language; moreover, Dutch people can speak English to visitors to make them feel home. When you try to speak in Dutch, they would appreciate and makes the integration in the society easier.

Dutch are quite supportive

One needs not to worry and afraid of making mistakes, Dutch people usually do not comment and criticise someone’s language skills. Lots of native-Dutch speakers speak sloppily and make mistakes. In fact, you will never meet a Dutch speaker to be accurate.

Pronunciation does not have to be perfect

Your pronunciation is not too much important neither it has to be perfect because there Dutch does not have standard pronunciation. Every single person you would meet have different accent, since Dutch has many dialects and people are habituated to listen to those sounds.

Language and culture are closely linked

Learning Dutch would offer an insight into the Dutch culture; it will make the conversation smooth and it would make it clear why Dutch people sometimes sound rude when they speak English. Dutch prefer to have a direct communication and the literal translation may sound blunt.