Originally known as Bharat Ganrajya or Republic of India, the country is extensively acknowledged for its diverse ethnicity, religious beliefs, and copious languages. Hindi being the first official language, the country has an equivalent populace of English speakers too. With basic principles of secularism and socialism, India has a democratic parliamentary system. From an impoverished country in its early 50’s, India has become an Information Technology hub, along with its own space station and countless missions.

Indian history started with the Indus Valley civilization that took place 4500 years ago. It is the second oldest civilization discovered in human history, after Mesopotamian Civilization.

India is land of Vedas and Upanishads- earliest written Sanskrit religious texts and scriptures. The texts also contains the origins of Yoga, written by the great Indian sage Patanjali.

India boasts all the landforms and all the seasons, which makes it a great tourist destination. One can explore natural heritage sites, world class monuments and well-known religious places here.

India controls 70% of the world's spices production. The spices are known to have great medicinal properties and are used in cuisines worldwide.

Indian diaspora is one of the most successful immigrant communities in the world. They exert great political influence in many countries. They also lead top multinational corporations. Some famous examples are Indira Nooyi, Satya Nadella and Sundar Pichai.

Taking a lead in most pressing issues of current times, India is a major producer of renewable energy. It also established the International Solar Alliance for accelerating the production of solar power all over the world.

ART, CULTURE AND HERITAGE OF INDIA

Despite the seventh largest geographical area in the world and majority population dwelling in rural areas, India is acknowledged as the country with the richest heritage alive. Its art and culture is renowned not only in India but all over the world. Some of the most popular dance forms like Bhangra, Bharatnatyam and Kathak are practised with great respect.

The country has given birth to some of the greatest artists of its time like M.F Hussian, Rabindranath Tagore, Tyeb Mehta, and Raja Ravi Verma.

Historically known as Hindustani, Hindavi and Rekhta, Hindi has its origin in India. Belonging to the Indo Aryan language family, it is the third most widely spoken language in the world (with 341 million native and 274 million other speakers).

Apart from India, it is the official language of Fiji. Besides that, it is the lingua franca of India. Even a substantial population in Afghanistan, South Africa, Nepal and Bangladesh understand Hindi very well. Hindi is currently spoken in 14+ countries. Hindi is written in Devanagari script.

Learning Hindi can immensely benefit those people who are intrigued by Indian culture and spirituality. Hindi speakers can explore the rich Hindi literature and folktales over varied genres. It can open a gateway of opportunities for people who are looking to live in India or study in Indian universities. We also provide modules for students who study Hindi in their respective schools/universities and are looking for a practical experience in the language. Furthermore, one can live comfortably in India, especially in the northern part and participate in economic and social activities in one of the fastest growing economies of the world.

Due to the long history of British occupation of India, both English and Hindi have taken words from each other's lexicon. Some of the popular English words derived from Hindi are Yoga, Shampoo, Pajamas, Loot, Bungalow and Karma. Both English and Hindi belong to the family of Indo-European languages.

WHY LANGMA SCHOOL OF LANGUAGES?

If you are someone who is looking forward to taking his/her Hindi language skills to the next level then Langma School Language is the best place to learn Hindi language. Langma provides the best Hindi speaking classes in New Delhi as it can be predicted from the fact that a huge number of students from various parts of the world enrol for our Hindi speaking classes.

Langma School of Languages offers different levels ranging from A1 for beginners to C2 at the highest. The learners of Hindi language vary from students, businessmen, employees who plan to shift their residence to India. Join our interactive Hindi courses and speak Hindi fluently in just 90 days.

Langma School of Languages is the best Hindi language institute with over 15 years of excellent track record. We provide native and experienced Hindi language teachers . Also included in our course are plays, audio-visuals and workshops which can further enhance the accuracy and usage of the language.

Our Hindi language program can be customized according to the requirement of the candidate subject to his/her availability. If a student requires completing a course sooner than the above durations, we can create a crash course and focus more on the field-wise aspects of each individual.

BECOME A MASTER IN HINDI LANGUAGE WITHOUT LEAVING HOME

Langma School of Languages has been offering Hindi online courses since its inception. No matter whether you live in Europe, Asia, America, Africa or Australia, the best online Hindi language institute is at your doorstep. You can join us through your computers, laptop, tablet or smartphone. We provide online Hindi language training facilities for those who cannot make it to our school due to time constraints. The timings will be as per the convenience of the student that matches with the particular country's timings.

We are extremely proud of our devoted and highly qualified faculty. Our faculty comprises of native, university-educated Hindi teachers with a major in teaching Hindi as a second language. They have years of professional teaching experience at Langma school of Languages, teaching students of all ages and nationalities. Many of them have taught abroad, equipping students with a deep understanding of different Indian cultures. They have a better understanding of the difficulties students face from various linguistic backgrounds while learning Hindi. Our team boasts outstanding interpersonal skills and shares a passion for teaching Hindi language. 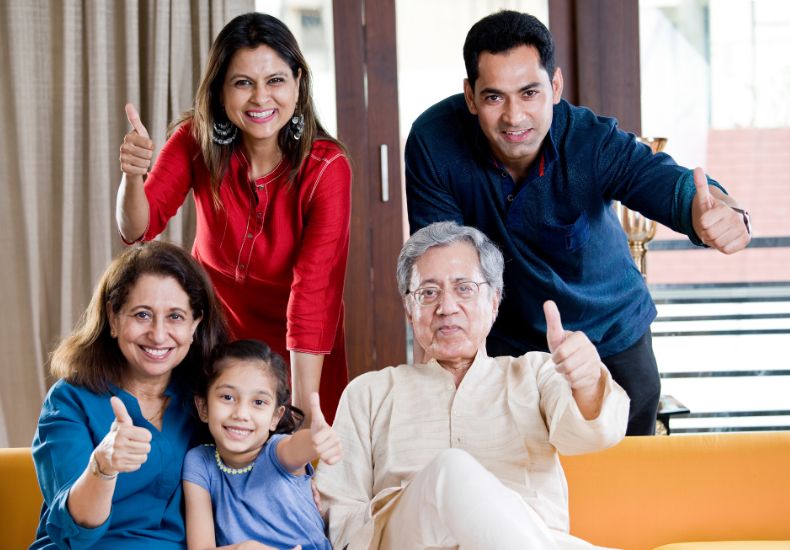 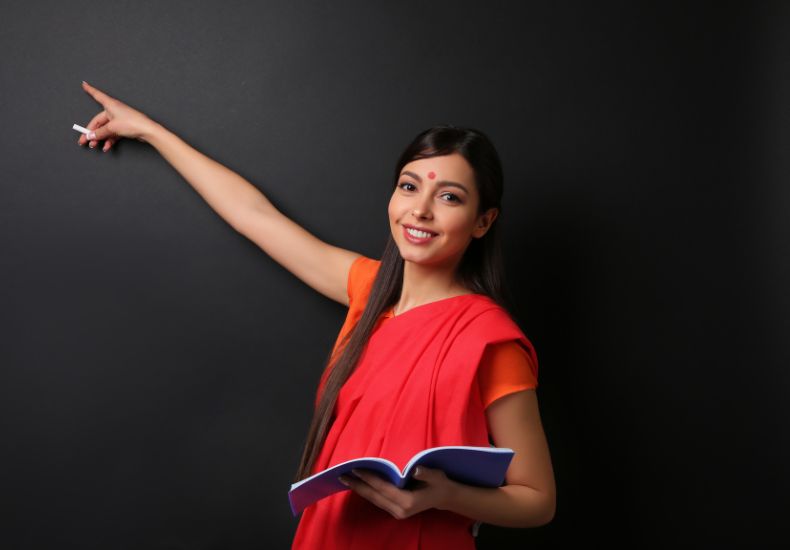 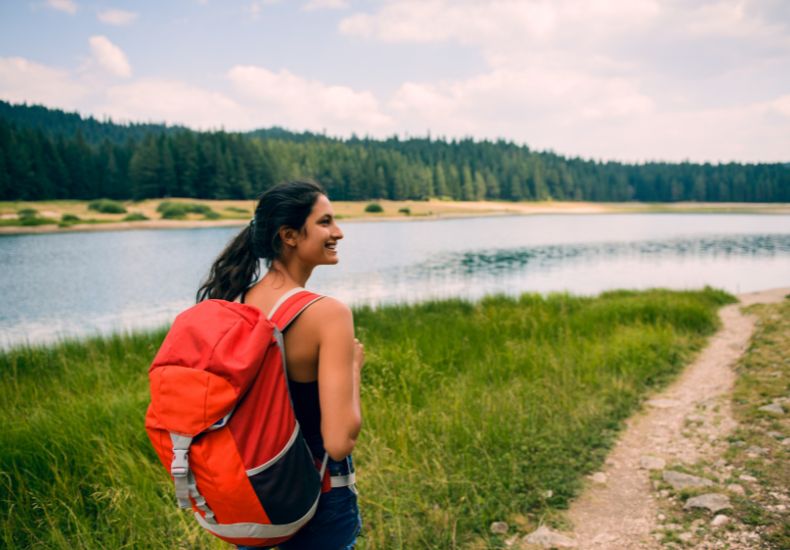 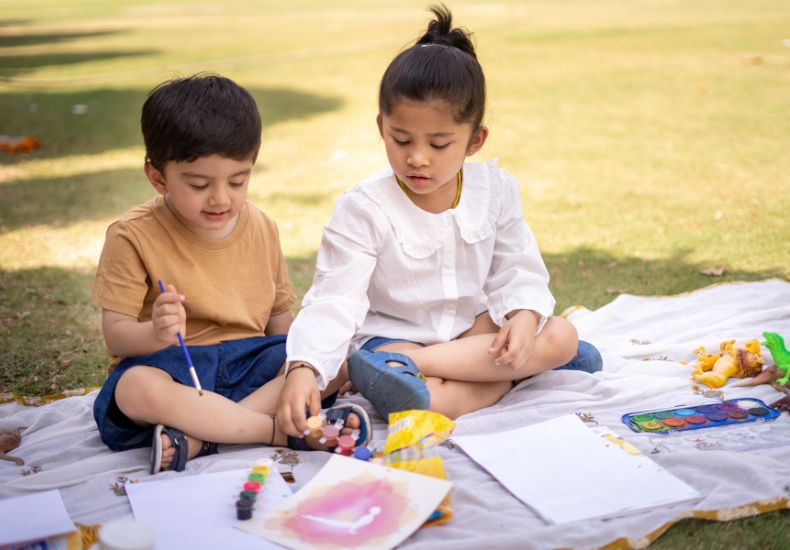